All hell break loose at the Westfalenstadion as Borussia Dortmund parted ways with their manager, Marco Rose just after one season of his residence as the manager for the German stalwarts. Rose came over from Borussia Monchengladbach after a phenomenal season that witnessed a meteoric rise in the latter’s fortunes.

Once he took over the reins of Dortmund, the team performed pretty decently under his reign only to finish in the second spot but with a herculean 8-point gap with league leaders, Bayern Munich. However, their Achilles heel was exposed in the remaining tournaments as they were shown the exit out of the UEFA Champions League followed by crashing out of the Europa League too.

Here is what was said about Marco Rose

Much to the Yellow Army’s woes, they were also eliminated out of the German Cup by a second-tier side called St Pauli. Rose’s numbers for Dortmund were kind of mixed with 27 wins and 16 losses from the 47 games that he has taken care of.

Dortmund has issued a statement, quoting, “the composition of the future coaching team in the coming days. Their chief executive, Hans-Joachim Watke would say, “This day is not an easy one for any of us, because the mutual respect among each other was, is and remains great.”

Watke would also quote, “After a season that was unsatisfactory for various reasons, we had to realise that we didn’t get the most out of our opportunities in many areas.” The first major blow was dealt when Dortmund crashed out of UCL’s group stages after finishing behind Ajax and Sporting Lisbon.

Despite finding themselves in Europa League, they couldn’t rack up something significant after Rangers eliminated them from the fray. Rose would say, “Despite a difficult season with many imponderables, I was convinced of our path. During our conversation I got the impression that the 100% conviction of all those responsible is no longer there.” 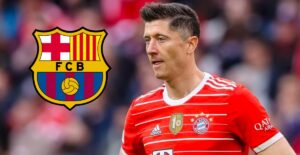 Robert Lewandowski Has A Clear Stance For The Summer Transfer Window 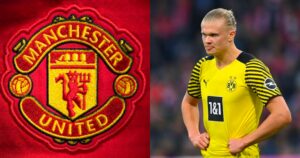 “Otherwise he would have gone to Manchester United”, Dortmund chief reveals secret ingredient in Haaland transfer