You won’t find a bigger turnaround of events in the 21st century than what Kylian Mbappe pulled off on today evening. Snuffing out all speculations that have been doing vehement rounds for the last couple of years, he chose to remain at PSG instead of heading over to Real Madrid.

The saga finally met an unwanted conclusion for Real Madrid as Mbappe chose to stay at PSG while Los Merengues lost Haaland too as the latter opted to join Manchester City. As reported by various news outlets, it is being said that Mbappe has already apprised Fiorentina Perez of his decision to stay at Parc des Princes.

This is what Twitter had to say about Kylian Mbappe

This is actually not the first time where the French striker has managed to snub a Real Madrid deal. Back in 2017, when he was plying his trade for Monaco, Madrid approached him to join their ranks, he instead chose Paris as his destination. However, things somehow seemed to be turning towards Real over the last couple of years with PSG seemingly getting disinterested in the marksman.

However, the wheels seemed to turn in the last couple of years with Mbappe starting to show interest in Madrid. As time passed by, the Madrid camp started brimming with hopes of finally bagging Mbappe. Even until yesterday evening, it was almost assured that at any point in time, the announcement will be coming about the French striker joining the ranks of Real.

To everyone’s shocker, the announcement came spinning as it was declared that Mbappe has chosen to stay at PSG. The closest people to Mbappe would explain, “It’s the hardest decision of his life.”

As far as proceedings go, it is apparently said that at PSG, Mbappe will be heard loud and clear and will have a significant influence on the fabric of the club. Alongside the money that has been offered, this feels like a bonus to the French sharpshooter. Twitter was split over this announcement. They would leave their verdict in the loudest of notes.

They’ve got guys that Mbappe was going to replace tweeting Real propaganda 😭😭😭 https://t.co/8iwj3HooeC

Mbappe is 23 and basically got 600m euros after taxes for a 3 year deal and people tryna shit on him for taking that deal??? Y’all crazy as hell 😂. Congratulate that young black man.

Bayern will be Bayern without Lewandowski

Players come and go, clubs this massive are certainly bigger than any player and we don’t colapse when someone leaves.

PSG gave Mbappé every dollar they had to make sure he stayed 😂 pic.twitter.com/QZwuEeyV0z

Kylian Mbappe is extending at PSG, then. A player who everyone was sure would join Real Madrid, his ‘dream’. IMO Real Madrid should never try to sign Kylian Mbappe again. We would have been unstoppable with him but we are in the UCL final without him. It’s time FULLY to move on.

👉 €300M signing bonus
👉 €100M a year salary AFTER tax
👉 He will help decide the coach.
👉 He will have a say on the sporting director.
👉 He can approve signings and sales

Mbappe ain't serious about being a great. Ronaldo went from Lisbon to United to Madrid on a mission to secure greatness. Mbappe hiding in the French league playing easy games for money

Benzema when Mbappe tries to explain why he renewed 😂😂😂 pic.twitter.com/bb3p4QWxSe 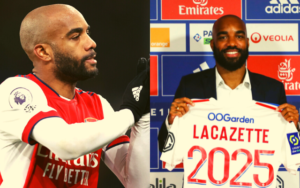 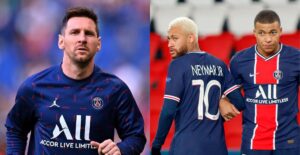 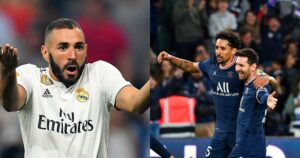