It is needless to say that Manchester United has always been synonymous with greatness and the kind of gentry the team has produced over the years, until you have shown promise of the finest order, you won’t find a place in the side. Despite the recent slump in Manchester’s fortunes, ever since Sir Alex Ferguson left, the team has failed to brush shoulders with the kind of greatness that one expects them to produce.

With all said and done, yet the kind of antiquity that the team brings along with them, it is simply overwhelming. The kind of players that have graced the Theatre of Dreams belong to the very top of the planet in terms of their playing stature. However, no matter how big of a player you are, the ultimate laurel in a footballer’s trophy cabinet is to bag the FIFA World Cup and it comes with years of dedication, diligence and most importantly the winner’s luck.

Not all the players out there can actually brag that they have been entirely dedicated to the cause of landing the silverware that has no parallel in the world. However, when it comes to the Manchester United side, there have been many who have kissed the skies and yet somehow missed out on the biggest laurel and there are others who have managed to touch the world’s most honourable football trophy. In this story, we will be taking a look at five Manchester United footballers who were fortunate enough to own the honour of having a World Cup in their trophy cabinet.

The Spaniard didn’t really relish his tenure at the Old Trafford after rifts with Sir Alex Ferguson. He would eventually fall out of favour of the Scottish preceptor and would end up joining the Catalans where he would proliferate beyond measure and would become the pennant-bearer of success. The world class centre-back would go onto replace the likes of Carles Puyol, a name that is hard to replace when it comes to the distended history of Barcelona. He would leave Manchester United in 2008 and join Camp Nou for a fee of 5 million Euros. In 2010, he would be a crucial element of the World Cup winning Spanish side. While at Manchester United, he would only be a part of just 23 appearances and would eventually lose his love for the Devils.

Nobby is one of those underrated names that would eventually be towered by other colossal giants at the Old Trafford. However, he was someone who was always on his toes, wringing out one sharp masterclass after the other in the United midfield. The kind of football that he would eventually bring onto the field would stay witness to him lifting the prized trophy during his stint at Manchester United, a feat that only one other has achieved. He is not one of those good-looking gentlemen whom you can call the style icon but his appearance may actually instil fear in you going by the standards of 50s. He was a short player, had balding issues and also suffered from short-sightedness but you leave him in the midfield and you are dealing with an absolute beast. Stiles would go onto feature in 395 appearances and would also be a part of the 1968 European Trophy lifting squad. He would be a part of the FIFA World Cup in 1966, where his sturdy presence in the midfield would allow Bobby Charlton to help England left their solitary FIFA World Cup to date.

You may have known Laurent Blanc for all the magic that he has sprinkled along the ages in the footballing fabric but you should also know about the two-year-long stint at the Theatre of Dreams. He was the first player in history to score and win the game for France in Golden Goal in 1998 against Paraguay. However, his shift to Manchester United came in 2001. If Laurent Blanc’s Golden Goal was a first in the antiquity of France, there was another one waiting right at the cusp of the tournament’s twilight. Zidane bossed around in perfect symphony alongside Didier Deschamps and Youri Djorkaeff to school a high-flying Brazil in a high-octane encounter. Despite being electric throughout the span of the tournament, Blanc ended up slapping Slaven Bilic in the semi-final that would land him his only red card in an otherwise pristine football career.

Before Edwin van der Sar, there was a Fabian Barthez who would stop cannon-balls and shots alike. Call him the Goku under the Manchester United woodwork but the man was a Picasso of his craft. Sadly, he would be sandwiched between the glorious epochs of van der Sar and Schmeichel but then during his four-year-long stint, he would be a reckoning force under the Manchester United woodwork. Just in case you wanted an additional trivia, Barthez’s would-be Manchester teammate, Laurent Blanc would go onto kiss the former’s head before every single game and in almost every single game he would establish himself as a force unparalleled. Throughout the tournament he would concede just two goals, one of them which would come against Denmark in the group stages while the other against the Croats in the semis. He would also bag the Yashin Award for being the best goalkeeper in the tournament and would eventually move from Monaco to Manchester a couple of years later for a staggering fee of 7.8 million Euros.

When you talk about England or Manchester, if there is one name that can never be written off and will forever remain etched onto Manchester’s history in the boldest of letters is that of Sir Charlton. He is one of the greatest players to sport the glorious United crest and also is one of the best ever athlete to have led the way for England to their maiden and solitary World Cup triumph till date. Charlton would take over the reins of Manchester United after the devastating Munich fiasco where the team would bid goodbye to the Busby Babes. He would then go onto build a phenomenal force that would be upheld by the likes of Denis Law, George Best and Nobby Stiles. Charlton would score a brace in the all-important finale of the 1966 World Cup that would sink an invincible Portugal in the grand finale. He would also played an instrumental role in helping United lift the European Cup in 1968. 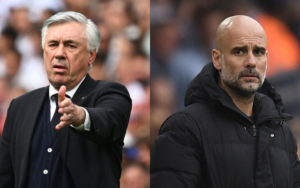 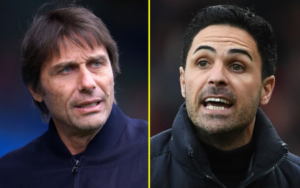