​It is almost an impossible feat to achieve for a footballer when we talk about two of Europe’s biggest trophies concurrently, Euro Cup for one’s nation and UEFA Champions League.

However, football has always been graced by magicians, conjuring first-hand magic out of the blue to make those impossible dreams come true.

Maybe, we haven’t got ample words to underline the burning brilliance of these wonders of the sport, and yet we try humbly to pen about the sizzling beauty that these footballers have brought alongside them to the game.

Real Madrid is a name that has forever been synonymous with greatness and hence, it is expected of them to cop the signatures of those illustrious monikers who make magic happen.

In this story, we will take a look at five footballers who have won the UCL for Los Blancos while also claiming the Euro Cup for their respective nations.

Saint Iker is one of the most notable custodians to have starred in the game and for Real Madrid and Spain. He got his debut for La Roja after a freak injury to Santiago Canizares. That preamble of Casillas heralded the onset of an era so titanic that Spain would remember it for ages to come.

Despite an initial call-up to the Real Madrid national squad, Casillas could only make his debut in 1999 in the Champions League. His first match petered out to a 3-3 draw, but it was his sumptuous display under the woodwork that eased Spain past Valencia in the finals to win them the trophy.

Once again it was his rampant display against Bayer Leverkusen in the final minutes of the 2002 Champions League final to win another UCL for Los Merengues. His third UCL triumph came in 2014 when he pulled off a handful of heroic saves to crown Madrid as the champions of Europe over their arch-rivals, Barcelona.

Iker’s phenomenal displays weren’t just confined to the club but he also went on to win the Euros twice for his nation and the World Cup once. The 2008 Euro Cup bore witness to the beginning of an era for Spain where the Spanish Armada were simply unstoppable. The fluidity in the midfield bolstered by some rampant attacking display was backed up by a solid defence and an almost impregnable goalie in Casillas.

In a high-octane finale against Germany in 2008, Casillas pulled off a few insane saves to deny the rampant Germans anything to fulfil the deficit that was carved by Torres’ impeccable flick.

Before the 2012 Euros commenced, Spain was in the middle of an imploding storm that needed the likes of Casillas and Iniesta to come together and settle down the gulf. Later, the team would once again go on to perform effortlessly in the tournament and bag the trophy home. A freak accident can actually establish a magician at the national level, and San Iker is a burning testimony.

This man needs no separate introduction, as he still continues to be one of the best footballers for his nation and also any club that he is a part of. At the age of 36, he won the Golden Boot in Euro despite not even reaching the quarter-finals. Such rarity highlights the extraordinary flair that Ronaldo possesses.

He kept on hammering left and right for Portugal in all forms of competition, only to be denied in the very end by an ordinary team.

It took him a long time before he could conjure something magical for his nation to lift the hallowed European trophy in 2016. Despite the best of his efforts, in his remaining pursuits of glory, he didn’t even come close to the silverware.

However, his arrival at Santiago Bernabeu signalled the inception of an era so emphatic that they embarked upon a conquest to clinch anything and everything.

He started his European glory way back in 2007-08 when he won it for Manchester United despite missing a penalty in the tie-breaker. However, he arrived at Real in a totally different and dominant avatar of himself.

Ronaldo is already tied with Ali Daei for the highest number of international goals as he has blasted 109 already and most likely this record will be broken in the forthcoming World Cup qualifiers.

It was his magical showdown that pumped Portugal to 2016 final. He started the final on a rollicking note but couldn’t continue for long as he had to be replaced with watery eyes after copping a serious injury. However, he continued cheering for the team along the sidelines and erupted in delirious ecstasy when Eder’s 109th-minute strike won them the Euro, ennobling Ronaldo with his first major international trophy.

This Spanish midfielder packed a powerful punch in his maiden appearance at the UEFA Champions League as he restored world order for Liverpool in the grand finale and then went on to lift the trophy against Milan. However, that was just the tip of the iceberg for the years of brilliance that was about to unfold.

He arrived at Santiago Bernabéu in 2009 after gulf with then Liverpool manager, Rafa Benitez. Sadly, Xabi couldn’t be a part of the 2014 finale of UCL, as he had picked up a second booking after a nasty challenge on Bastian Schweinsteiger. His absence didn’t really impact Real as they still notched up the Champions Trophy comprehensively. His towering presence at Santiago Bernabeu won him another fascinating sobriquet that read La Barba Roja meaning the Red Beard.

His laurels in the club contests in 2008 were limited as Liverpool finished sans a trophy. However, the Spaniard belted out a masterclass for Spain against Greece in their final group game that won him the man of the match award.

Sadly, he still couldn’t notch up the regular starting position for Spain in that Euro because of the immense depth that Spain had in the midfield, but he still managed to come on as a sub in four matches and deliver a decent showdown to win his first Euro Cup.

However, four years later, he was an industrious part of Spain’s 2012 Euro campaign and successfully hammered home a brace against France in the quarters to seal a vie against Portugal in the semis. Spain imposed a humiliating defeat upon Italy in the finals to accord Alonso his third major international title.

When Spain crashed out of the 2020 Euro Cup, losing on penalties to the eventual champions, Italy, everyone was reminded of the absence of Sergio Ramos, the most effective penalty-taker for La Roja. Ramos has been the heart of the Madrid defence for a notable 16 years, and he took over the reins of the Spanish defence ever since the departure of Carles Puyol.

This man has bagged four UEFA Champions League trophies with Real Madrid in what was probably the club’s golden decennium in their entire footballing antiquity. Ramos was the leader of their rearguard that saw Madrid emerging as an untenable force in the heart of Europe.

He also led the Spanish force significantly in their golden era from 2008 to 2012 that saw them lifting the Euros twice and the World Cup once. In the 2008 Euro, he combined brilliantly with Casillas under the woodwork to walk away with his first major international title.

Four years down the line, Italy had absolutely zero chance against this towering defender who ran rings around the Italian army even in the attacks.

Pepe doesn’t really fit into the bill of being a football artist. He is a destructive defender and simply doesn’t know how to stop whenever the attacker wants to bomb past him. He has zero regard for fair play and ensures the fact that not even a fly gets past him.

He has definitely fallen from his grace, but the towering Portuguese was one of those rare players to win the Euro and also the Champions League for Real Madrid.

He was a part of Madrid’s golden generation of players that went on to lift the La Decima and was also responsible for the triumph of Los Blancos in three UCL Finals.

He turned out to be the best defender of Euro 2016 and played the perfect defensive counterpart to the famished attacking unit of the Portuguese invaders, who had to dig deep to produce a magical victory against a rampant France in the Euro Cup Final. 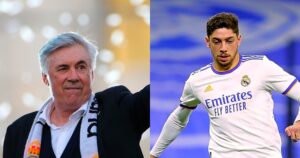 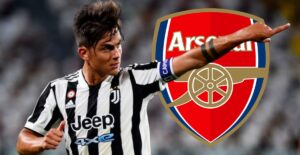