Footballers across the world spend the majority of their time representing their club. Despite this fact, winning the World Cup is regarded as the ultimate achievement. Several great English footballers have failed to win the World Cup due to a variety of reasons. We will look at a few of them in this article.
Note:- Only retired players have been considered for the purpose of this article. Also, players’ performance for England is given more weightage than their club careers.
Honorable mentions:- Steven Gerrard, Frank Lampard, John Terry.

Gazza’s contributions for England is barely ever mentioned these days. But he is a cult figure to any England fan who followed their team in the 90’s. In the 1990 FIFA World Cup, England reached the semi-final with Gascogine playing a key role. He famously cried after receiving a yellow card against Germany which embodies his love for the three lions.

In EURO 1996, Gascoigne was once again instrumental as England reached the semi-final. His extraordinary goal against Scotland is still spoken about but his career ended without any international honor.

The winner of the Golden Boot in the 1986 World Cup, Lineker was England’s best striker after Jimmy Greaves. He was a penalty box poacher and has 10 goals in two World Cups. In 80 appearances for England, he has 48 goals to his name. Like Gascoigne, Lineker came the closest to a World Cup victory in 1990 when England were knocked out by Germany in the semi-final.

Peter Shilton made his debut for England just before the 1982 World Cup. England won their group in that tournament and Shilton conceded just one goal. In the second group stage, Shiton kept a cleansheet against West Germany and Spain but England failed to score in either of those games. Shilton was immortalized during the game against Argentina in the 1986 World Cup.

The game was poised 0-0 when in the second half Shilton came out to grab a cross. Maradona jumped in front of Shilton and scored a goal with his fist. But the referee failed to notice this blatant foul and the goal was given. Maradona later described it as the “Hand of God”. Despite this huge disappointment, Shilton continued to represent England and still holds the record of most appearances for England.

Beckham’s international career will definitely divide the fans as he was responsible for many moments of madness. The red card against Argentina in the 1998 World Cup made him a national villain as England were knocked out in the round-of-16. His moment came three years later against Greece when it looked like England will miss out on direct qualification for the 2002 World Cup.

Beckham scored a terrific free-kick that sent the roof flying at Wembley. It was finally redemption for Beckham in the 2002 World Cup as he scored a penalty against Argentina in the group stage. But despite all these moments, Beckham never came anywhere to close to winning a World Cup.

England’s leading goalscorer deservedly tops the list of England legends who failed to win the World Cup. Rooney made his debut for England as a teenager and even managed to score in EURO 2004. He had a forgettable World Cup in 2006 as he failed to score a goal and was sent off in the quarter-final courtesy of his club mate Cristiano Ronaldo.

In the 2010 World Cup, Rooney once again did not score and England were humbled by Germany in the round-of-16. 2014 World Cup followed a similar narrative as England were knocked out in the group stage. Criticism against Rooney for his World Cup performances have been unfair at times as England as a unit never really clicked. But even he would describe his international career as a disappointment despite all the goals and assists. 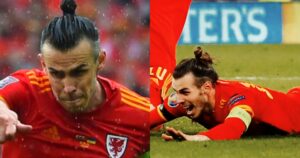 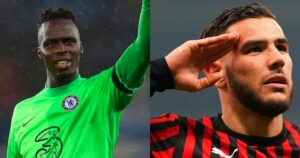 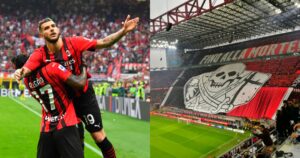