Chelsea News Transfer: The Blues may not have signed any player so far but they are working behind the scenes. They have been linked with a host of players and surprisingly many of them have been from Manchester City.

According to journalist Simon Philips, Chelsea are considering making a move for Aymeric Laporte. This comes in the backdrop of the Blues being linked to Raheem Sterling, Gabriel Jesus and Nathan Ake.

The Frenchman joined the club in January of 2018 and since then he has managed to establish himself as a regular for Pep Guardiola. Although there have been times when he wasn’t playing regularly and he was linked with a move away from the club.

Since signing for the Citizens he has won 4 Premier League titles, 4 League Cups and 1 FA Cup. Last season as well he played a key part in their title success making 44 appearances in all competitions.

Chelsea Transfer News: Why Thomas Tuchel is in the market for Laporte

Things don’t look very good at the back for the Londoners. The sanctions on Roman Abramovich against the backdrop of Russia’s invasion of Ukraine did not help. The departure of Antonio Rudiger and Andreas Christensen was further accelerated by it.

Now the Blues have lost two of their top defenders. Thiago Silva is on the wrong side of the 30s and Trevor Chalobah is still a raw talent. Club captain Ceaser Azpicluetta is also pushing a move back to Spain. There is a need of rejuvenating the backline, with Tuchel likely to play three at the back.

Thus they are in need of new defenders for next season. Sevilla’s Jules Kounde is a long-term target but the Blues haven’t been able to agree on a free with the Spanish side for him. While the name of Matthias De Legit has also been mentioned at times.

So far only Laporte’s name has emerged in discussions and Chelsea are yet to make an official approach to sign the Frenchman. It will also be very difficult to persuade the Premier League winners to part away with the defender. The Frenchman’s contract expires in 2025 and it will need a lot of effort to convince the player to leave Guardiola. 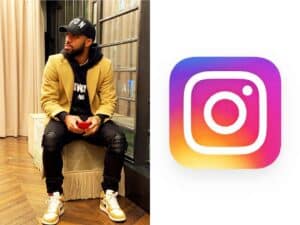 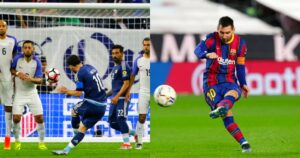 Five of the Finest Free-Kicks Scored by Messi 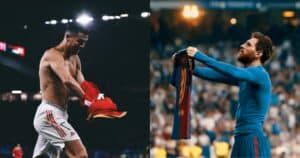